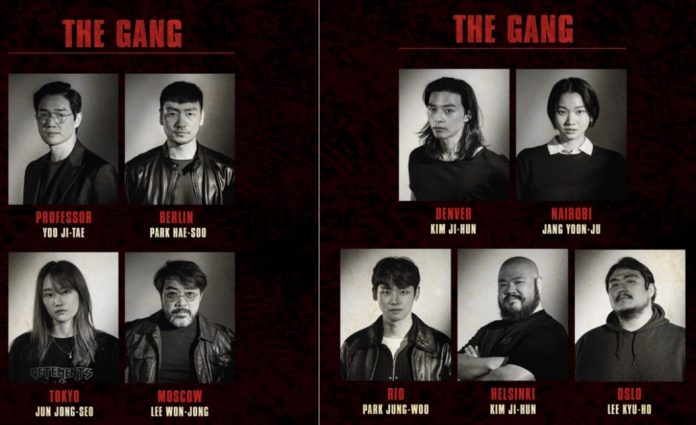 According to Netflix, the much-loved Spanish series ‘La Casa de Papel’ (or ‘Money Heist’) is getting a Korean version.

It will consist of 12 episodes and aims to breathe new life into a familiar plot and introduce the material to a new generation of viewers worldwide.

Model and actor Jang Yoon-Ju has been cast as the gorgeous Nairobi, according to Chosun Ilbo.

Yoo Ji-Tae has apparently been cast as The Professor, the mastermind of the crime.

Following Park Hae-departure joon’s from the project, it has been suggested that Park Hae-soo will take his place like Berlin.

Tokyo, as well as the series’ narrator, is said to be played by Jeon Jong-Seo.

Yunjin Kim, a film and theater actress, has apparently been cast as Raquel Murillo.

The Korean version of ‘Money Heist,’ set on the Korean peninsula, will be directed by Kim Hong-sun. He has produced TV dramas such as ‘The Guest,’ ‘Voice,’ and ‘Black,’ and is regarded as a giant in the fantasy crime genre.

The show’s screenwriters will be Ryu Yong-Jae and his crew, who have worked on shows including Netflix’s ‘My Holo Love’ and tvN’s ‘Psychopath Diary.’

BH Entertainment and Contents Zium collaborated on the production.

Who are the cast of Korean adaptation? Following are the Korean actors and the characters they will play

Park Myung-hoon is Cho Young-min – Director of the Mint Bureau.
Lee Joo-bin is Yoon Mi-seon – A Mint employee in charge of accounting.