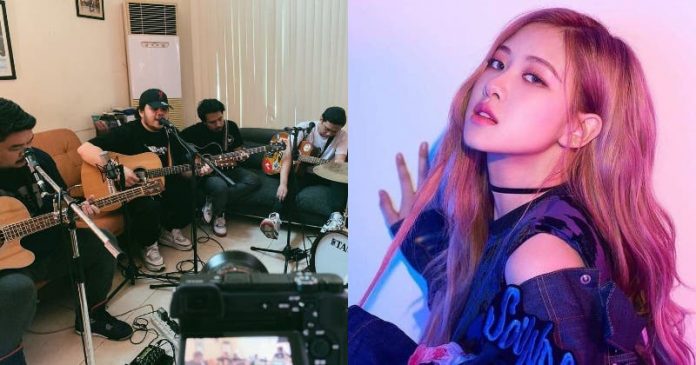 The song is a slow ballad written and performed in Filipino that emphasizes admiration and devotion for someone. It is titled “Park Chae-Young,” which is Rosé’s given name.

It starts with a small audio clip of Rosé speaking in English before moving on to the song.

The band debuted the Rose dedicated song in 2020 with its accompanying lyric video. Chino David and Julia Daniel lend their voices to the vid.

Rosé’s voice can also be heard in the tracks “St. Augustine” and “Sniper Training,” in addition to “Park Chae-Young.”

When they shared an acoustic performance of the band’s song “Really,” the band disclosed that they were admirers of the Kpop girl group.

Mayonnaise frontman Monty Macalino remarked at the time, “Formally expressing my commitment to Blink with an acoustic performance of my favorite Blackpink song.”

Soon after the release, Mayonnaise confessed to fans and friends how Rosé had listened to the song after the morning show appearance and couldn’t stop laughing.

“I did see the ‘Park Chaeyoung’ song. It’s on the tv or something, I believe so…I was blown away,” she remarked in an audio message provided by the band.

Listen to “Park Chae-Young” in the player below.